Free and Equal: Space for Critical Thinking on Human Rights

The Free and Equal conference reminded everyone in the room of the importance of protecting human rights in today's world. 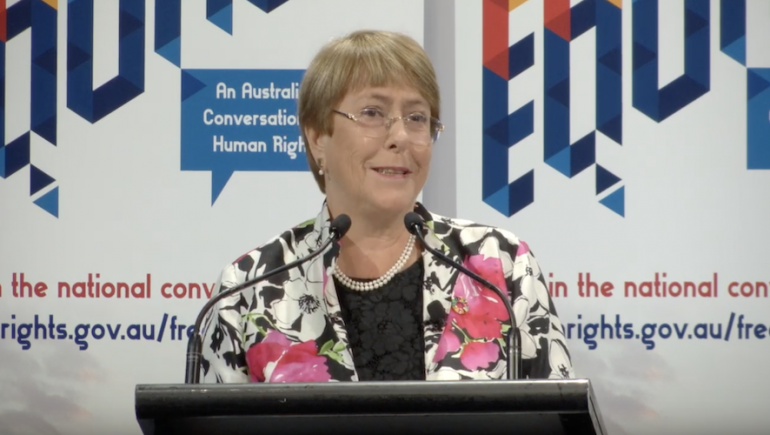 Human rights protection is possible when interested parties come together and realise the value of a conversation. Sometimes this conversation will involve contrary opinions and strategies for the future.

The conversation at the recent Free and Equal conference, organised by the Australian Human Rights Commission, allowed dissenting opinions to be stated, disagreements on vital topics such as Indigenous sovereignty and its future to be debated and discussed.

Other topics of discussion included climate emergency, refugee rights, disability rights and the future of human rights. Opinions by different thought leaders who were present at the panels created an atmosphere for a more informed debate. It also provided space for critical thinking regarding some of these burning issues, including the constant demand for an Indigenous voice in the Australian parliament.

The speech by Dr Michelle Bachelet reminded us the importance of having a conversation. With her rousing speech on the need to act collaboratively on pressing issues such as refugee rights and global warming, the audience was reminded of the importance of humanity despite living in adverse times.

Young leaders who voiced their concerns about their future and the threat of an impending climate emergency also supported the overall need to secure human rights for all.

The challenges to human rights, both within and outside Australia, were discussed. One of the main talking points of the conference was the protection of human rights for all, especially vulnerable populations.

The panels provided time for crucial discussions with different competing ideas on how to secure human rights of those who may be directly impacted. The conference, with its diverse panels, generated many opinions and forced the audience to put their thinking caps on.

The future of human rights with respect to vulnerable populations in Australia requires constant engagement between different stakeholders who need to collaborate and share their experiences. The changes in socio-economic life in Australia along with the complexities of technology have manifested new challenges which need new solutions. It is vital that these questions are tackled early on.

One of the ideas which was discussed throughout the conference was regarding the path forward. The conference discussed that it was necessary to promote, protect and advance human rights. But this can be possible when all stakeholders strive for strategies and collaborations.

The conference provided this opportunity to learn more about how to strategise around topics of interest. There is a need to plan further and keep having dialogue so that human rights are secured for those who might be impacted the most. The conference was a timely event which reminded us of the major human rights challenges we face in the future.

Justin Jos is a PhD candidate at UNSW Law. His research is in the field of business and human rights. He is affiliated to the Australian Human Rights Institute at UNSW Sydney.