Session 7 | The art of climate health

As governments, corporations and civil society confront the mounting data and reporting detailing the impact of climate change on the health of societies and ecosystems, the enormity of the challenge the climate crisis presents is often a barrier to action.

This session brings together international and local artists, writers and performers to offer a different lens through which to view and tackle climate change. It will explore how art, in its many forms, can potentially change the conversation and offer new solutions to the climate stalemate.

Ronda Clarke is a Nyikina woman born and raised in Derby, Western Australia. Ronda works with the Aboriginal Health Council of Western Australia (AHCWA) and has been involved with the creation and development of visual art as part of submissions to government inquiries, including the Western Australian Government's inquiry into climate change and health. Aboriginal Community Controlled Health Services across Western Australia wanted a painting to communicate their concerns to governing bodies, which Ronda illustrated following a workshop of ideas.

Ronda has now started another journey within AHCWA as the Mappa Project Manager. Mappa is a free-to-use online mapping platform developed to address the lack of clarity (at all levels) in regards to health care services being delivered across rural, remote, very remote and metro regions throughout Western Australia. 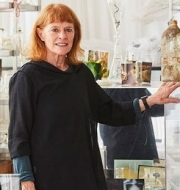 Exploring notions of art, science, imagination, memory, and loss, Janet Laurence’s practice examines our physical, cultural and conflicting relationship to the natural world through both site specific, gallery and museum works. Her work reminds us that art can provoke its audience into a renewed awareness about our environment.

Laurence has been a recipient of Rockefeller, Churchill and Australia Council Fellowships, and the Alumni Award for Arts, UNSW. Laurence was a Trustee of the Art Gallery of NSW, a former Board Member of the VAB Board of the Australia Council, was Visiting Fellow at the NSW University Art and Design, and the 2016/2017 Hanse-WissenschaftKolleg (HWK) foundation fellowship. She was the Australian representative for the COP21/FIAC, Artists 4 Paris Climate 2015 Exhibition.

V (formerly Eve Ensler) is the Tony award-winning playwright and author of the Obie award-winning, theatrical phenomenon The Vagina Monologues, translated into 48 languages and performed in 140 countries along with many other plays. She is the author of a number of books including her latest best sellers, The Apology, translated into more than 15 languages, and In the Body of the World as well as The New York Times best seller, I am an Emotional Creature. She starred on Broadway in The Good Body, and most recently Off-Broadway at Manhattan Theatre Club in the critically acclaimed, In the Body of the World. During the COVID-19 pandemic she helped create That Kindness: Nurses in Their Own Words presented by Brooklyn Academy of Music in accordance with theatres all across the country; a tribute to nurses during the COVID 19 pandemic. She’s currently writing the book and co-writing lyrics for a new musical, Wild, that will make its world premiere this December at The American Repertory Theater.

She is founder of V-Day, the 23-year-old global activist movement which has raised over $120 million to end violence against all women (cisgender and transgender), those who hold fluid identities, nonbinary people, girls and the planet — and founder of One Billion Rising, the largest global mass action to end gender-based violence in over 200 countries, as well as a co-founder of City of Joy. She writes regularly for The Guardian. 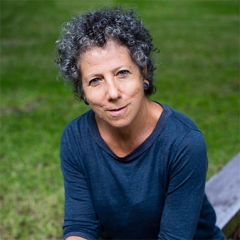 Andrea Durbach is Emeritus Professor and was Director of the Australian Human Rights Centre (now Institute), UNSW Law from 2004-2017.

Born and educated in South Africa, she practised as a political trial lawyer and human rights advocate, representing victims and opponents of apartheid laws. After leaving South Africa, Andrea initially worked as a solicitor in private practice before joining the Public Interest Advocacy Centre (PIAC) as Head of Legal Practice, subsequently becoming Executive Director. Andrea has held senior positions in the human rights field, including as Deputy Australian Sex Discrimination Commissioner (2011-2012) and has written on Indigenous rights and reparations, gender justice, public interest litigation, and health and human rights. She is a Foundation Fellow of the Australian Academy of Law and in 2013, was awarded the Australian Human Rights Commission Human Rights Law Award for her promotion and advancement of human rights in Australia through the practice of law.