Featuring the International Journal of Environmental Research and Public Health

The inequitable health threats of climate change pose sweeping implications for health-related human rights, especially in low- and middle-income countries, with environmental degradation challenging the most fundamental conditions for human life and the individual dignity and rights of vulnerable populations and future generations. However, international negotiations to mitigate emissions — from the 1992 United Nations Framework Convention on Climate Change and its 1997 Kyoto Protocol to the 2015 Paris Agreement — have faced limitations in addressing the health hazards caused by the unfolding climate crisis.

This special session is hosted by the International Journal of Environmental Research and Public Health (IJERPH), promoting its upcoming special issue, Climate Change, Public Health & Human Rights. With manuscripts due on 1 December, this special issue addresses the dynamic balance between global health and climate justice, with a focus on the public health threats of anthropogenic climate change and the human rights advancements necessary to frame national and global policies for mitigation and adaptation. The IJERPH seeks to publish research papers, policy reviews, brief reports, and commentaries to advance health and human rights in climate change mitigation and adaptation debates.

If you would like to submit a manuscript for this special issue, please send a brief expression of interest and 200-word abstract to Benjamin Mason Meier at bmeier@unc.edu 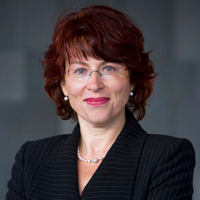 Dr Flavia Bustreo is a leading physician, public health professional and advocate for the health and human rights of women, children, adolescents and the elderly, taking action on the social and environmental determinants of health.

As the former Assistant Director-General of the World Health Organization, she currently serves Vice-Chair of Fondation Botnar, Co-Chair of The Lancet Commission on Gender-Based Violence and maltreatment of young people and Chair of the Governance and Ethics Committee at the Partnership for Maternal, Newborn and Child Health (PMNCH). 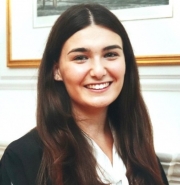 Giulia Gasparri currently works as Consultant to the Partnership for Maternal, Newborn and Child Health (PMNCH), which is hosted by the World Health Organization. At PMNCH, she has been coordinating research, projects and organising high-level events on the impacts of climate change on women’s, children’s and adolescents’ health and well-being, as well as on sustainable low carbon health systems and climate resilient health systems.

Giulia is an active member of youth climate networks both at the international level, through YOUNGO the official youth constituency at the United Nations Framework Convention on Climate Change, and national level. She is serving as External Relations Officer for the Local Conference of Youth (LCOY) Italy 2021 where she is collaborating with a team of 20 Italian youth activists to run Italy’s largest climate change event organised by young people for young people. 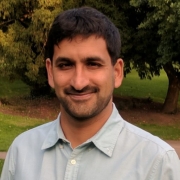 Ashfaq Khalfan is an international jurist in human rights law, Director of the Law and Policy Programme at Amnesty International, and Chair of the Board of Governors of the Centre for International Sustainable Development Law.

Khalfan started as an Economic, Social and Cultural Rights Policy Coordinator with Amnesty International in 2009 and later became a researcher and advisor for the Obligations Beyond Borders Project in 2014. Previously, Khalfan directed the Right to Water Programme at the Centre on Housing Rights and Evictions and acted as a consultant for the Office of the United Nations High Commissioner for Human Rights, and Deutsche Gesellschaft für Internationale Zusammenarbeit (GIZ). 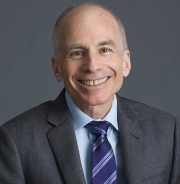 Professor Gostin is the Director of the World Health Organization Collaborating Center on Public Health Law & Human Rights, and serves on many expert WHO advisory committees. 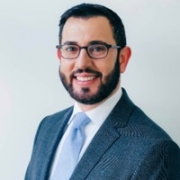 Benjamin Mason Meier is a Professor of Global Health Policy at the University of North Carolina at Chapel Hill, a Senior Scholar at Georgetown University’s O’Neill Institute for National and Global Health Law, and a consultant to international organizations, national governments, and nongovernmental organisations.

His interdisciplinary research examines the development, evolution, and implementation of human rights in global health.