We are delighted that Rt Hon. Helen Clark, former Prime Minister of New Zealand and Administrator of the United Nations Development Programme, will join Dr Tlaleng Mofokeng, the United Nations Special Rapporteur on the Right to Health, to open the conference, Health and Human Rights in the Climate Crisis.

In this opening session, Helen Clark and Tlaleng Mofokeng will highlight the impact of climate change on the right to health in the lead up to the COP26 meeting in Glasgow in early November.

Invited students from the conference convening institutes will have the opportunity to ask questions and engage in dialogue with Ms Clark and Dr Mofokeng as part of this special session. 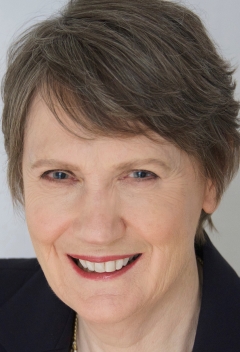 Helen Clark was Prime Minister of New Zealand for three successive terms from 1999–2008.

Throughout her tenure as Prime Minister and as a Member of Parliament over 27 years, Helen Clark engaged widely in policy development and advocacy across the international, economic, social, environmental, and cultural spheres. She advocated strongly for New Zealand’s comprehensive programme on sustainability and for tackling the problems of climate change. She was an active leader of her country’s foreign relations, engaging in a wide range of international issues.

In April 2009, Helen Clark became Administrator of the United Nations Development Programme (UNDP). She was the first woman to lead the organisation, and served two terms there. At the same time, she was also Chair of the United Nations Development Group, a committee consisting of all UN funds, programmes, agencies, and departments working on development issues. As Administrator, she led UNDP to be ranked the most transparent global development organisation. She completed her tenure in 2017.

Helen Clark came to the role of Prime Minister after an extensive parliamentary and ministerial career. Prior to being elected to the New Zealand Parliament in 1981, Helen Clark taught in the Political Studies Department of the University of Auckland, from which she earlier graduated with her BA and MA (Hons) degrees.

Helen continues to be a strong voice for sustainable development, climate action, gender equality and women’s leadership, peace and justice, and action on pressing global health issues. In July 2020, she was appointed by the Director-General of the World Health Organisation as a Co-Chair of the Independent Panel for Pandemic Preparedness and Response, called for by the World Health Assembly, which will report in May this year. She chairs the boards of the Extractive Industries Transparency Organisation, the Partnership for Maternal, Newborn and Child Health, and of other public good organisations and initiatives. 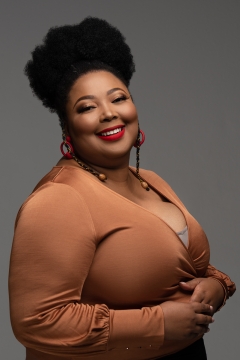 Tlaleng Mofokeng is the United Nations Special Rapporteur on the Right to Health and is a medical doctor with expertise advocating for universal health access, HIV care, youth friendly services and family planning.

Dr Mofokeng is a member of the boards of Safe Abortion Action Fund, Global Advisory Board for Sexual Health and Wellbeing, Accountability International. She is also the Chair of the Soul City Institute board. She has experience in advocacy training for healthcare professionals and her areas of focus have been on gender equality, policy, maternal and neonatal health, universal health access, post violence care, menstrual health, and HIV management.

Dr Mofokeng has been Commissioner at the Commission for Gender Equality in South Africa and advisor to the Technical Committee for the National Adolescent Sexual and Reproductive Health and Rights Framework Strategy in South Africa, successfully mobilizing across movements working on issues of children and adolescents, persons with disabilities, migrants and persons living with HIV/AIDS.

She has briefed the United States Senate congressional staff on the impact of the Global Gag Rule globally and in South Africa. She has worked as a first responder on matters of gender-based violence, and has been an expert witness in court, leaning on the work of the Committee on the Elimination of Discrimination against Women (CEDAW) to defend the rights of the abused with an interest to ensure access to post-violence care.